The origin of Selma was quite different from the principal towns in Delaware County. It was not on a river, nor was it on a road or path frequently used by travelers. It was platted in 1852 after the railroad surveys were made and was laid out along the line of the railroad. The east half of the plat was owned by Joseph Greenwalt, the west half by Francis M. Dowler. Railroad Street was 80 ft wide and thus split the town into a northern part and a southern part. The plat was laid out with Muncie Street as the divider between east and west.

As it turned out, Albany Street was where the merchants settled. The business district was thus settled along North Albany Street, north of the railroad. The roads south to Smithfield and north to Albany provided good access to the town for the township inhabitants. 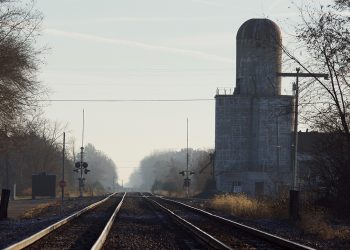 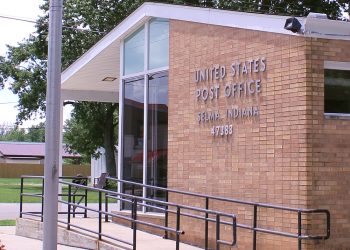 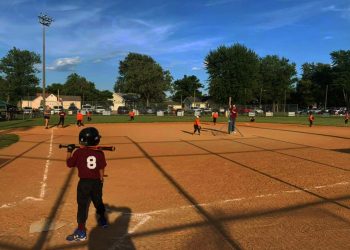 Smithfield, a little town along the river to the south of Selma, had been the principal settlement in the area. This was changed with the new town along the railroad, which was also on State Road 32 when it was built through. Once of the most prominent physical features of the country, located west of Selma, is the “Selma Sink.” This boggy area has required extra railroad maintenance and special highway construction.

Selma and Liberty Township had gas wells, and the town experienced growth due to the gas boom. IN 1904, a fire started in the DeLong Hotel and destroyed many buildings in the business center. By this time, the gas era had largely ended. New buildings were erected, and the town became incorporated in 1907.

The interurban was welcomed in the new 20th century and provided inexpensive travel to other parts of the county and state. In the late 1930s, a fox farm was established at the eastern edge of the town. After World War II, the businesses of Selma continued to prosper as the surrounding area made it a trading center for many years. Then, as transportation and economics changed, the town suffered the same kind of decline as did other such country centers.

For the full history of Selma and historic photos, click the button below to read A History of Selma, Indiana, published by the Liberty Township Historical Society.

A History of Selma Indiana